Based on what they are and how they work, geothermal heat pumps (GHPs) are friendlier than any other equipment to the grid.  They are the most efficient at what they do, and since they use electricity not to create heat but simply re-locate it, they do massive work using little current.  There are a number of operating parameters that GHPs demonstrate that are grid friendly. 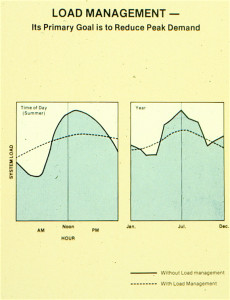 California’s historical grid peaks for electricity use are in the summer air conditioning season.  California ISO (the grid generation/distribution authority since the de-regulation debacle’s near-blackout in 2001) now manages a load and reserve that tops 45,000 Megawatts/hr on the hottest summer days.  It is precisely during such days when standard air conditioners are working hard to push thermal waste energy into the (already hot) air where no storage can occur.  GHPs are sending the waste energy in their buildings first into hot water generation, and the remainder underground.  In both cases, GHP’s compressed hot refrigerant is meeting dense, liquids, that are in the range of 70° instead of outdoor air which might top 105° or more on the hottest days.  GHPs are using the shallow earth as a thermal battery which can be tapped later for heating.

It’s simply the physics of ΔT (difference in temperature) and more effective conduction via liquids that allows more cooling with less energy by GHPs.  This effectiveness plays out as a .7KW demand reduction per ton of GHP cooling capacity compared to standard central air conditioning or air source heat pumps (ASHPs).

For a typical 4-ton GHP system, this means that at 100% capacity operation, such a system is consuming 2,800 watts LESS than a standard air conditioner providing the same cooling.  The bonus is that a fair amount of that waste heat is simultaneously transferred by the GHP’s de-superheater to stored, domestic hot water while the rest boosts the temperature of underground strata close to or far beneath the earth’s surface.  The utility’s load is reduced during summer, when imported power costs are at a premium.  In winter, the peaks are far lower in megawatts, and GHP use raises the load factor of operation for base load generation facilities. 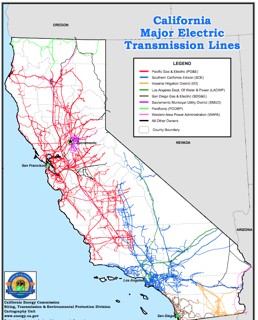